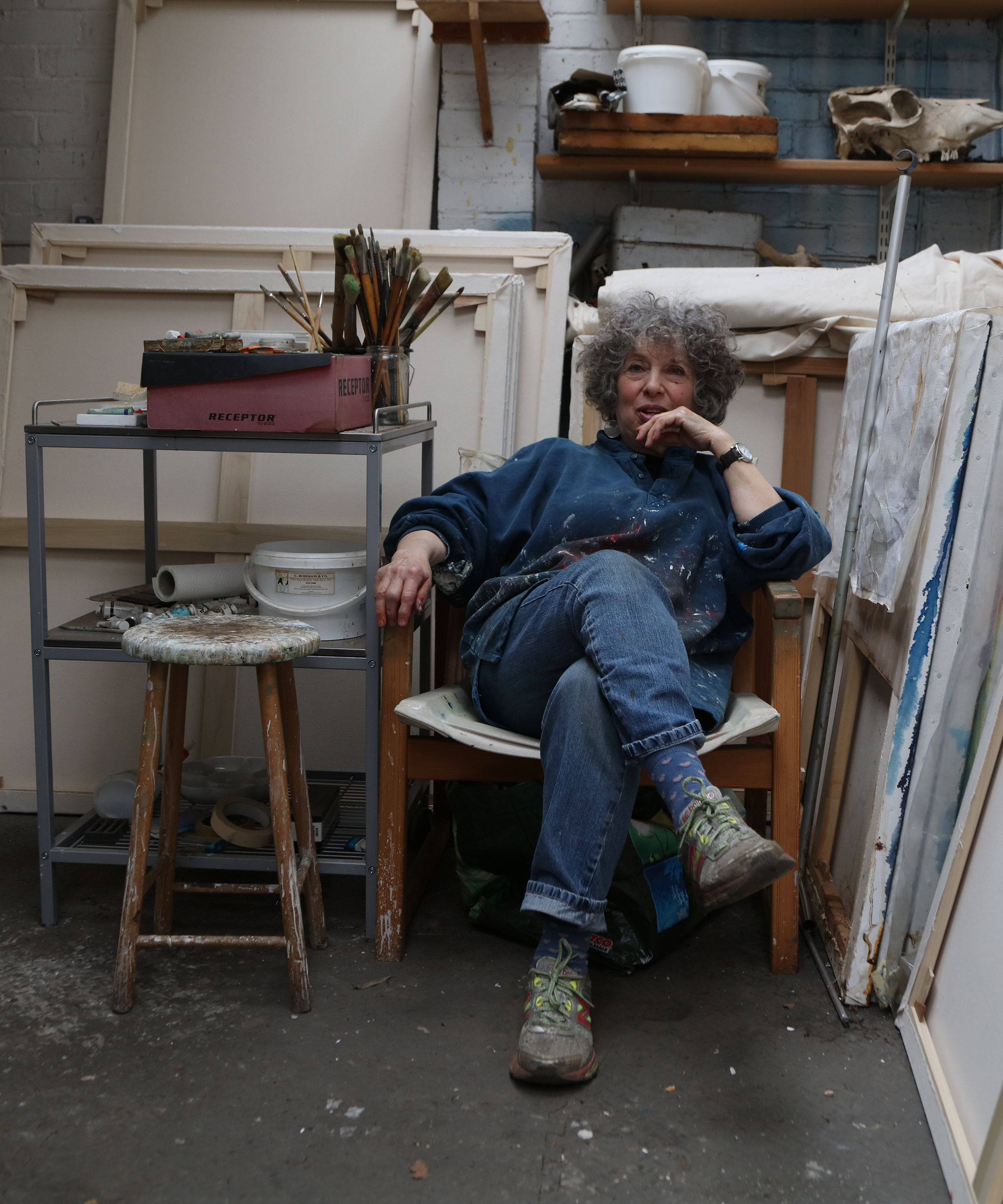 Barbara Hope Steinberg was born in Philadelphia in 1943.  From a very young age, she spent evenings and weekends studying in various art schools in the city, eventually being awarded both art and academic scholarships to Smith College in Massachusetts.  Whilst at Smith, she won a scholarship to the Yale University Summer School of Art and Music.  On graduating from Smith, she received a grant to study sculpture in England, first with Ralph Brown at the West of England College of Art, then privately with Michael Ayrton in London.  She returned briefly to America, to teach sculpture and take a Master of Fine Arts Degree at California State University at Long Beach.

In 1970, Steinberg returned to live permanently in London.  After spending some twenty years making sculpture, she returned to painting soon after.  Since then, she has exhibited in many group shows throughout the UK, and has had several solo exhibitions.

Barbara Steinberg’s paintings are both monumental and compellingly strange.  The Western tradition of landscape painting informs them, but they speak with a contemporary directness.  Bathed in intense colour, their mysterious vistas invite us to places of shared memory.  The paintings evoke dreams, legends, and myths, wild woods and pagan groves.  They do not simply depict figures and places; rather, their abstraction distils the energy of primal myths into fresh forms. The cycle of the year is written into the paintings, and underpins the integrity of their forms and vistas. Indeed, nature itself is distilled in this work.

The work is lush and painterly, yet natural light seems to filter through it.  Saturated with colour, intense and translucent, the paintings achieve great depth with remarkable agility.  In the layering and contrast of tones, Steinberg creates frames, opportunities to glimpse.  One is tempted to look in and through the works, rather than simply at their surfaces. The paintings suggest places we never fully comprehend, and movement that is always alluring, but never quite caught.  They draw us in to a world disrupted: unpredictable and exhilarating.

In rejecting the plainly figurative, Steinberg shows us the places we see with closed eyes.  Above all, she finds in the abstract a sort of universality of form and of content, which suggests the sense – perhaps the essence – of place.  These paintings suggest to us something new but somehow known about the very nature of landscape.